Shalom and welcome to my site

Many Believers in the Messiah, Yahushua Ha Mashiach commonly known as ‘Jesus Christ’ , have come out of Babylon, hearing the call of our Heavenly Father,

“Come out of her, my people, lest you share in her sins, and lest you receive of her plagues”
Revelation 18:4

Many more Believers are beginning to see the light in this Scripture:

“…the gentiles shall come to You from the ends of the earth and say, “Our fathers have inherited only falsehood, futility, and there is no value in them.”
Jeremiah 16:19

These pagan philosophies and practices have been intermingled with Scripture as the result of political manoeuvres by early Roman emperors, politicians and corrupt “church” leaders as well as cultural/social resistance to receive pure Scriptural truth.

One well known Roman emperor was Constantine.  Informed Christians know that Constantine was instrumental in bringing about apostasy in the “church.”

As a result, the true original message of the Scriptures was lost through difference of time, culture, language and geography.  True Scriptural doctrines were taken out of context, mistranslated, misinterpreted and misrepresented.  The root of this problem is the lack of knowledge of Hebraic / Jewish roots and the loss of understanding of the Hebrew language, the original language of the Scriptures.

Many do not know, or accept, that our Messiah – Yahushua was from the tribe of Yahudah/Judah and therefore a Jew.

In Jude we are warned of wicked ones entering our midst:

For certain men have slipped in, whose judgment was written about long ago, wicked ones perverting the favour of our Elohim for indecency, and denying the only Master YHWH and our Master Yahushua Messiah.
…these dreamers defile the flesh, and reject authority, and speak evil of esteemed ones.
…these blaspheme that which they do not know. And that which they know naturally, like unreasoning beasts, in these they corrupt themselves.
Woe to them! Because they have gone in the way of Cain, and gave themselves to the delusion of Bilaam for a reward, and perished in the rebellion of Korah.
Jude 1 – 25

We are now on a journey back to re-discovering the true meaning of the Scriptures.  This site is offered in an attempt to provide the resources and specific teachings for restoration of our esteemed Father’s true principles.

I invite you to join me in uncovering the lost meaning and Truth contained in the Scriptures.

About this site and the author

Go ye therefore, and teach all nations, baptizing them in the name of the Father, and of the Son, and of the Holy Ghost:

Teaching them to observe all things whatsoever I have commanded you: and, lo, I am with you always, even unto the end of the world. Amen. 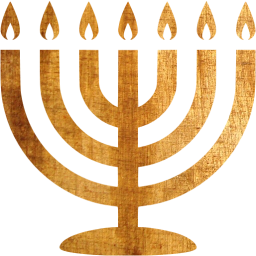