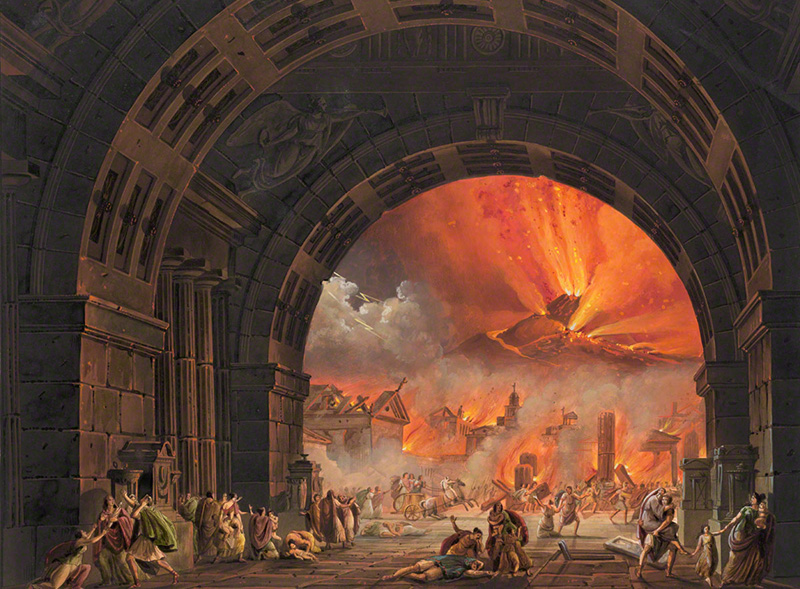 The subject of the destruction of Pompeii by volcano in the year A.D 79 is not really mentioned in Christian teachings today but the parrallels to the death of James (the brother of YShua) in 62 A.D. and the destruction of the Jerusalem temple in 70 A.D. are astounding.

James, the leader of the Jerusalem Church, was killed in 62 A.D. and a major earthquake struck Pompeii that same year. Unlike Paul, James was a major threat to the Roman rule and empire with his teachings. The Italian city of Pompeii was a leasure getaway city for the Roman elite and was filled with abominable activities and pleasures.

The city was detroyed 9 years after the Romans detroyed the Jerusalem temple in 70 A.D. Nine in Scripture signifies judgement. It is my belief that the Almighty Father brought judgement and destruction on Pompei because of Romes role in the death of Paul and the demise of the temple – even though the temple destruction was the fulfilment of YShuas prophetic Word.

The volcano and pre eruption earthquakes and rumblings can also be tied into the earthquakes mentioned in the book of Revelation prior to the destruction of Mystery Babylon.